In the fictional TV series, Downton Abbey, the character of Cora, the beautiful chatelaine of the estate, is an American heiress whose fortunes and million-dollar dowry played a key role in her marriage to the handsome Earl of Grantham.

While the characters of Downton Abbey are fictional, the coupling of wealthy American heiresses with England’s most eligible bachelors was not a whimsical plotline – it was based on a very real trend of advantageous matches around the late 19th and early 20th century.

The young girls who starred in these seemingly fairy-tale weddings brought more than charm, beauty and American flair to the age-old aristocracy of Britain and Europe. They also contributed enormous dowries, vast fortunes that were, in some cases, the saving graces of some of England’s most historic houses and legendary estates.

These women came to be known as the Dollar Princesses, or the Dollar Duchesses, so-called because they hailed from America’s New Money, the millionaire magnates that had prospered enormously from the industrial and commercial boom of 18th-century America. And in return for their economic contribution, these nouveau riche young ladies enjoyed unprecedented access to the privilege, rank and reverence of England’s elite social classes.

But who were these women? Why did they require social betterment if they were already the cream of American High Society? And why would the centuries-old nobility of England open its doors, social circles and families to these ‘outsiders’?

Despite the illusion of romance and glamour around these fairy-tale unions, the stories behind the trend of Dollar Duchesses were often driven more by affairs of finance than affairs of the heart. The phenomenon of wealthy American heiresses marrying into the British nobility was fuelled by both the necessities and limitations of money – what it could and couldn’t buy.

By the 19th century, after the golden ages of Renaissance wealth and splendour, some of England’s noble families began to experience severe financial pressures. The economic demands of owning and running vast estates could sometimes outweigh the incomes and inherited wealth that accompanied the enormous mansions, castles and palaces that many aristocrats called home.

While the average Duke or Earl’s experience of penury may have been a far cry from that of the working classes, there is no doubt that the expense of running and maintaining some of England’s finest properties and estates could become more of a financial burden and economic strain than a source of privilege and pleasure.

Around the same time that these noble seats were struggling to remain viable in the modern world, across the Atlantic the fortunes of ambitious industrialists were enjoying spectacular wealth accumulation and growth.

The rise of New Money magnates and self-made millionaires in America had created an entirely new social elite. Fortunes created by captains of industry and commerce grew into powerful financial figures and family dynasties. Families such as Ford, Carnegie, Morgan, Astor, Mellon, Rockefeller, and Vanderbilt would go on to become the US equivalent of royalty. 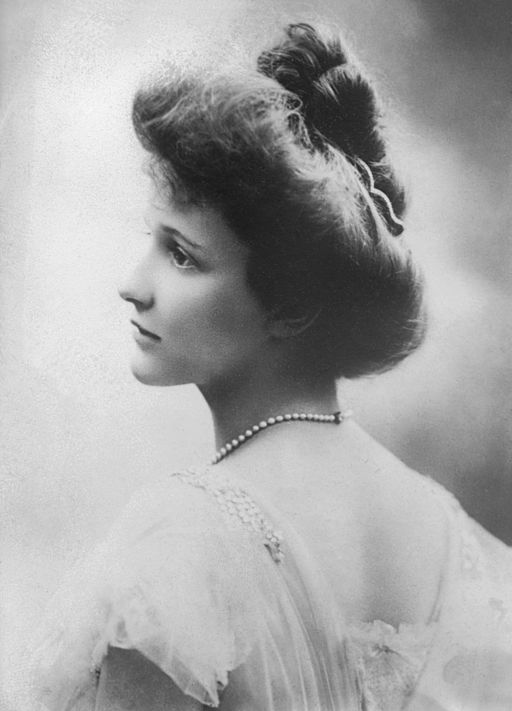 Over time, these self-made successes would become the establishment, some of them eventually regarding themselves as Old Money, with strict social rules and restrictions to rival the most rigorous royal courts of the Renaissance. America’s High Society became a battleground of snobbery and social exclusion, where dinner invitations or polite pleasantries could make or break a family’s social standing, with potentially disastrous effects for future generations.

But one aspect that could almost guarantee approval from even the loftiest social arbiter was a link to ancient nobility. And yet, as a Republic, America had no regal lines or official aristocracy. Unlike their forebears across the ocean, American ‘royalty’ could aspire only to vast wealth – with no opportunity to integrate themselves into the history, heritage and ancient lineages of Old World nobility and aristocracy.

That was, unless they could leverage their fortunes to secure marriages made in social heaven – by marrying their daughters off to penniless Lords and Dukes. And this is what began to happen, almost en masse, towards the end of the 19th century.

The Heiresses and England’s Houses

Perhaps one of the most legendary examples of the Dollar Duchess phenomenon was Consuelo Vanderbilt, who – thanks to her relentlessly ambitious mother – went on to marry the 9th Duke of Marlborough and restore the fortunes of his dwindling dukedom and estate, Blenheim Palace.

While some of these million-dollar marriages began as a love match, that was not the case for the young Consuelo who was averse to the union from the start. However, she eventually went ahead with the arrangement, and married her Duke in a grand New York spectacle in 1895 – cited as the event of the decade in social circles on both sides of the Atlantic.

Sadly, this fairy tale marriage did not have a happy ending and finally ended in divorce, followed by annulment. In the intervening years, however, the young Duchess’s wealthy father poured vast sums of American money into the restoration of Blenheim palace – a result that transformed the trajectory of the previously struggling estate.

Not all of the Dollar Princesses were coerced into unhappy marriages. Two decades before Consuelo’s wedding, the American heiress Jennie Jerome, mother of Winston Churchill, had made a happy marriage to her English Lord. But the one thing they had in common was a substantial influx of American money to boost the coffers of English nobles. In a number of cases, the desperate need for financial rescue played a key role in the marriage contracts, with England’s bachelor aristocrats agreeing to advantageous nuptials primarily to save their historic family homes.

At the time, and in the decades since, the trend of Dollar Duchesses was viewed by many to be a cruel and mercenary arrangement – essentially a forced marriage, with the wealthy American’s selling their daughters in exchange for social kudos and connections, and the British nobility lowering centuries-old standards in order to pay the bills.

And while the suitability of each union, and the happiness of the couples, may not have always been the driving force behind these marriages, there’s no doubt that the wealth and economic support that these young heiresses brought to some of England’s finest noble houses changed the course of their history, for the better

If learning about these American heiresses and their titles has made you curious about acquiring your own prestigious Noble Title get in touch using the enquiry form in the sidebar or you can contact our Geneva office directly between 10.00-19.00, Monday to Friday on +41 225 181 360.