What Is An Aristocratic Society?

Human civilization has evolved over the millennia, with various types of societies emerging, as cultures have sought ways to function successfully in larger numbers or to work together more efficiently as a group.

Some of these social structures have been more successful than others, and there have been times throughout history when certain types of society would be popular for a time, only to give way to a new or better arrangement, as decreed by the forces in charge.

One such society has been an enduring feature of civilization for over a thousand years, and that’s the social hierarchy based on the concept of nobility and superior bloodlines, i.e. the convention of the aristocracy.

The Definition Of An Aristocratic Society

An aristocracy is a social group regarded as elite or special, usually due to their origin of birth. And an aristocratic society is one in which the members of the aristocracy are deemed to be the governing force.

In an aristocratic society, the nobles and aristocrats, such as Dukes, Counts, Lords, Earls, Viscounts etc…, hold such power (and often wealth) that they are effectively in charge of the key decisions and events that affect the rest of the society.

Aristocracy Vs Democracy – What’s The Difference? 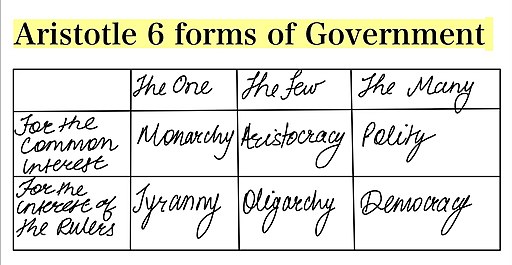 In an aristocratic society, the populace is not in charge – it is the social elite of nobles who, by virtue of their birth and heritage, hold the positions of power.

Yet an aristocratic society is not a dictatorship, in that the individuals in charge are power-crazed autocrats or tyrants. The origins of aristocracy are rooted in values such as altruism, generosity, protection of the weak and a duty of care for fellow humans.

So while an aristocratic society may appear to be the antithesis of freedom, democracy and equality, it maintains numerous redeeming qualities that prevent it from becoming an autocratic tyranny.

The Power Of The Aristocracy

While there have long been forms of social orders based on an elite rank or esteemed lineage, the formal aristocracies of the ages developed into a more clearly defined system during the Middle Ages.

Throughout the centuries of the medieval period, the ranks and titles of the established nobility – the Lords and Ladies, the Counts and Countesses, the Dukes and Duchesses etc – evolved into an increasingly strict and formal social structure.

Over time, this social order began to wield enormous power within society. During certain periods of history, the nobles were deemed to hold as much, if not more, power, wealth and influence as the reigning monarch. It’s true that a number of kings and queens have found themselves at the mercy of powerful nobles, even though they are, in theory, the superior rank.

For example, in the times of medieval England, the powerful Barons and Lords of the various regions were able to club together and bring pressure on the monarch to make certain decisions in their favor.

Kings and queens have also been known to need the financial support of their nobility when royal coffers have been depleted, as the aristocracy has traditionally enjoyed enormous wealth and prosperity, sometimes surpassing even that of the sovereign.

The Height Of Aristocratic Society

As the nobility grew in strength and power during the Middle Ages, the role of the aristocracy reached a pinnacle of influence and power around the centuries of the Renaissance.

In the centuries between the Middle Ages and the republican revolts sparked by the French Revolution in the 18th century, the elite social hierarchy known as the aristocracy enjoyed a period of unprecedented superiority and control.

This was the heyday of the nobility, the height of the aristocratic society, as the nobles experienced official roles in the social order that allowed them a great many privileges and rights above those of the working classes. 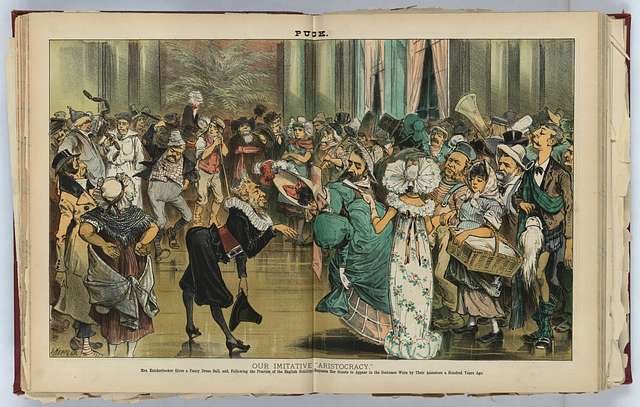 During these times, the lifestyles of the aristocracy were a world away from the peasant workers or those without property, money, influence or social connections.

While the majority of society was influenced by the actions and decisions of the powerful nobles in charge, they were excluded from the world of nobility according to strict rules regarding family heritage and, to a lesser degree, wealth and social standing.

Even though many of the monarchies were replaced or disassembled during the recent periods of revolution or republicanism, there are still a number of contemporary aristocracies around the world.

While these may no longer enjoy the unquestioned power and privilege of their forebears, the modern aristocrats do still enjoy a range of the advantages that their predecessors would recognise.

For example, many of the modern nobles that have survived and even thrived during the politically unstable times of recent years have emerged as powerful players within society, very often accompanied by vast assets and substantial inherited wealth.

While these factors may not be the official ruling forces in a modern democracy, they certainly still do play a considerable role when it comes to power and influence in contemporary society.

Even in these times of equality and political correctness, there is still a great degree of fascination and admiration for those in the higher echelons of the social order. Perhaps it is human nature to aspire to greatness, and so those who appear to already possess the loftiest positions within society are naturally figures of curiosity, interest and esteem.

The role of an official aristocratic society may be a relic of the past, yet it’s clear that there is still a welcome place for the nobility in the modern world. And the more that contemporary aristocrats align with the age-old virtues that gave rise to this unique social group, it’s likely that their place within the societies of the future will continue to evolve.

If learning about the aristocracy through the ages has made you curious about acquiring a prestigious Noble Title of your own get in touch using the enquiry form in the sidebar or you can contact our Geneva office directly between 10.00-19.00, Monday to Friday on +41 225 181 360.