The Stately Homes of European Nobles

Throughout the ages, the great noble families of Europe have been renowned for their power and influence within the royal courts and governments. These positions of prestige and status were usually accompanied by vast wealth, grand estates and opulent homes, ranging in size, opulence and architectural styles.

As the classes of aristocracy developed during the Middle Ages, these properties and grounds were often gifted by monarchs in recognition of loyal service or military prowess. As a result, a sort of hierarchy of estates and properties began to emerge, with some of the grander stately homes representing more eminent social standing or evidence of royal favour.

Here are some of the types of stately homes that the nobles of Europe enjoyed as part of their esteemed roles within this prestigious social class, and how they ranked in the property pecking order.

However palatial a property may be, the term palace was only applied if the inhabitants ranked among the highest echelons of the social order, ie royalty and top aristocrats such as Dukes, Archdukes, Marquis or Counts, or the higher ranks within the church hierarchy such as the pope, archbishops and bishops.

The exquisite Doge’s Palace that graces the banks leading to Piazza San Marco in Venice is a stunning example of a republican residence, being assigned to the Doge of Venice who was not a royal, but the chief magistrate of the Venetian Republic.

A world-renowned example of the type of palace fit for supreme royalty is Louis XIV’s breathtaking masterpiece, which is known as the Palace of Versailles, yet is, in fact, more like a complex or small city than a single building.

Although in modern language the term hall suggests a corridor or the entrance area of a building, historically a Hall was the name given to a large house and represented not just the entrance but the entire grand room that made up the living quarters in many medieval properties. These tended to be rectangular in shape, often with vast vaulted ceilings and, in the grander halls, a minstrel’s gallery and a dais for the high table.

An example of just how grand and opulent a simple hall could be is the Royal Albert Hall in London, Queen Victoria’s magnificent tribute to her beloved late husband, Prince Albert. Although this was designed as a concert hall rather than a residential home, this stunning Italianate rotunda reflects the wealth and splendour that can be encapsulated in a grand property known simply as a hall.

A manor house, or in French, a manoir, was typically the home of the local Lord of the Manor and his wife, the Lady of the Manor. Although many of the Manor Houses that remain today are grand residences that were home to affluent families from recent centuries, the original manors grew out of the feudal system. Historically, a feudal region would be overseen or owned by the Lord of the Manor, and his home would reflect his rank and standing within the community, as well as serving a role in some of the ministerial duties.

Although manor houses tended not to be quite as opulent and palatial as some of the larger stately homes, they were considerably more luxurious and decorative than the majority of ordinary homes in the local area. Many of the stately manor houses throughout Europe that exist today are not classed as Historic Houses or visitor attractions. Yet they still stand as impressive country homes for today’s wealthy families, or luxurious resorts or boutique hotels, such as the Manoir de Longeveau in South West France.

Though being the owner of a house may not initially sound grand or impressive, some of the most historic or spectacular stately properties in Europe are known simply as the area’s House. (Or Maison, Casa, Haus etc…)

One example of the deceptively modest label is the majestic Chatsworth House in Derbyshire, England. This palatial country ‘house’ boasts a garden of 105 acres, with an additional 1000 acres of parkland beyond the house grounds. 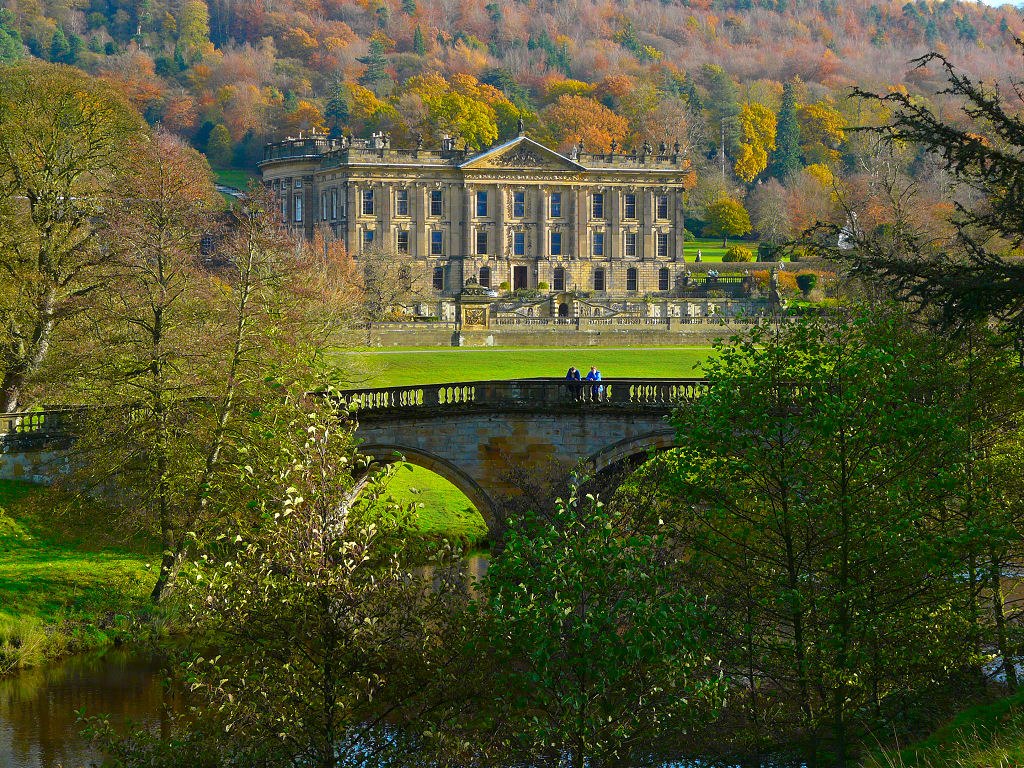 Though not quite in the same league as the immense Chatsworth House estate, Maison Bonaparte in Corsica is the picturesque ancestral home of the Bonaparte family. This stately home is an example of how generational development and amalgamation can result in a substantial family property. And as the birthplace of Napoleon, the Bonaparte family’s most illustrious son, it’s also evidence that even with relatively humble origins, individuals can advance to the loftiest heights of wealth, privilege and imperial power.

As the aristocracy and nobility evolved in Europe, life in these esteemed classes usually involved great wealth and privilege, with the majority of European aristocrats enjoying unabashed luxury, ostentation and extravagant comfort. However, alongside these rich advantages, the aristocracy were also the subjects of great expectations within both their local communities and the strict social charters of their country.

Keeping up appearances, playing host to dignitaries and officials, holding seasonal balls, parties and village fetes were often the price that many nobles had to pay for their rank and privilege. They were required to possess and maintain the appropriate homes, buildings, grounds and gardens that would allow them to not only fulfil their duties and obligations but also impress those higher up the social ladder.

So, even though European aristocracy lived enviable lives in beautiful grand estates, often surrounded by picturesque acres of deer park, woodland or village estates, the responsibility of owning these properties could sometimes be more of a burden than a blessing. This pressure would be even more pronounced if the property had been in the family for hundreds of years and the present stewards felt a responsibility to assure its security for the generations to come.

Yet whatever the struggles involved in owning a noble estate, it’s undeniable that living in one of the great stately homes of Europe was a rare privilege, one that the peasants and workers in the surrounding towns and villages could only dream of or imagine.

If these grand residences have piqued your interest in acquiring a prestigious Noble Title of your own, get in touch using the enquiry form in the sidebar or you can contact our Geneva office directly between 10.00-19.00, Monday to Friday on +41 225 181 360.