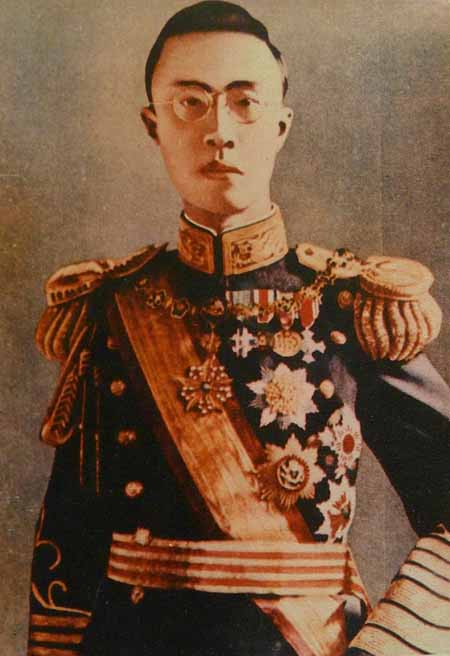 Origin of the Nobility of Manchukuo:

The Manchukuo Nobility is the name of the Manchurian Nobility from 1932 to 1945, when Manchuria became a puppet State under the direct control of Imperial Japan.

The origin of the nobility of the Manchukuo lies in the Honorum Fons of Emperor Pu-Yi, of the Aisin-Gioro clan, who was the last emperor of China. Pu-Yi reigned in China from December 2, 1908 to February 12, 1912, under the name of Emperor Hsuan Tung. During 1932 and 1933 he was appointed Regent and later, from March 1934 to August 1945, he was proclaimed Sovereign of Manchukuo, with the dynastic name of “Emperor Kangde”.

Main Features of the Nobility of Manchukuo:

The favourite sports of the Manchukuo nobility were falconry, hunting, archery, and horse riding. A frequent obsession of the Manchu nobility was fortune telling and the divination of the future.

As a social critic, we must say that the nobility of Manchukuo always had the reputation of having a high percentage of male members addicted to opium and prostitution.

The rich landowners of the nobility of Manchukuo were owners and administrators of enormous feudal territories in usufruct, and often owned private armies.

The favourite profession of the nobility was the military one. A high percentage of the high officers of the Manchukuo army were cavalry officers.

Historical Context of the Manchukuo Nobility

There would not be a proper Manchukuo Nobility if the Chinese Empire would have not been abolished, and the Qing Imperial Family partially deposed.

The Chinese Revolution of 1911 was not the finale of the Manchu Imperial Family, known as “The Qing”, as they still had rights to the Chinese Imperial Throne, and expected to increase their already robust influence and support in the north-east, as well as their native land of Manchuria. As provisional president of the new Republic of China, Sun Yat-Sen lacked the effective power to put an end to the Manchu dynasty.

Only Yuan Shikai, a “military caudillo”, could bring the monarchy to an end. Understanding that they were in a fragile military position, the rebels negotiated with the imperial family, using Yuan as a power broker. Yuan organised the abdication of the young Emperor Pu Yi in exchange for being granted the position of President of the Republic of China. This negotiation became known as the “South-North Agreement”, after which the Provisional Government of Nanjing and the Qing signed an agreement called “Special Treatments of the Qing Court.”

Under the agreement, the Imperial Family did keep the right to use in an honorific way their noble titles, and became exempted from the duties of military service in the Chinese Republic, had the same rights as the citizens of the Republic and their private property and wealth was protected.

The former Imperial family of China, as they were ethnic Manchus, became later the Imperial Family of a new country created by the Japanese in the North-East of China, in Manchuria, whose new name was Manchukuo. Manchukuo was created in 1932, and formally became a Monarchy in 1934.

Description of the Manchukuo Nobility:

The Nobility of the Manchukuo had very special relations with Japan. In fact, Puyie, brother of the Emperor Pu-Yi, was educated at the Imperial Military Academy in Japan, and married Saga Hiro, daughter of a family of the oldest feudal aristocracy in Japan.

One of the main Princesses of the Manchu nobility, the famous Yoshiko Kawashima, was adopted by a noble Japanese family. Later, this woman, nicknamed the Mata Hari of the East, became a well-known Japanese spy, at the service of the notoriously violent Japanese army of the Kwantung, finally being executed at the end of the Second World War by a Crime Tribunal of the Socialist Republic of China.

The ancient nobility of Manchuria, of Mongol origin, paid a formal act of submission and loyalty to the Emperor Kangde in 1934. This nobility was able to maintain a high degree of control over their lands, and retain a not inconsiderable level of autonomy and respect for their institutions and traditions, always with Japanese complicity, because Imperial Japan was interested in promoting the nationalism of the nobility of Mongolia and Manchuria to weaken Russia.

The high nobility of the Manchukuo lived in rural fortresses and owned a large amount of land, which was administered in a feudal manner. It was traditional that the Manchu landowners also owned cattle, especially horses. The education of the Manchu nobility was very traditional, focused on horsemanship, archery, the use of rifles, shotguns and carbines, as well as the use of the sword and the knife. Falconry with eagles and hawks was frequent, and an art for the richest and most refined Manchu aristocrats.

The matrimonial system of the nobility of the Manchukuo was based on concubinage and polygamy, with a main wife and secondary wives and concubines. There was no limit to the number of wives that the noble Manchus could have, as long as they had enough wealth to maintain their spouses with enough dignity.

The Nobility of the Manchukuo lost all its power and its position with the disappearance of the Manchukuo Empire in 1945. Many members of this nobility collaborated with the Japanese army in the Second World War, deceived by the false promise of Japan to restore a great Mongol Empire.

The Manchu nobility was divided into 8 main clans, each with its flag and banner. Later, the Chinese revolution put an end to this, and all the privileges and names of the clans were changed and suppressed. Even the surnames and patronymics of the noble clans of Manchuria were changed to make them common names.