The Nobility of Hungary 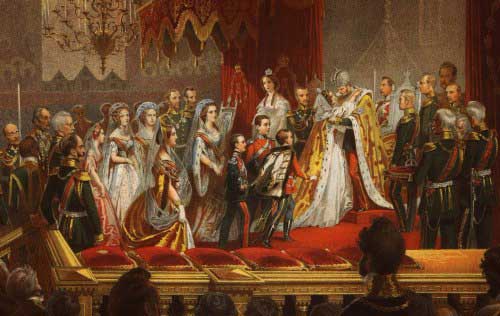 The Nobility of Hungary:

The Geographic Diversity of the Hungarian Nobility

The historical origin of the Nobility of Hungary was the conquest of Pannonia and Dacia by the Magyars, subsequently called Hungaria, and the creation of the Hungarian Estate. It is the product of a continuous historical progress of more than a thousand years. Hungary, in different times in history consisted of many provinces and kingdoms that we must cite.

The Hungarian Nobility and the Historical Provinces of the Kingdom of Hungary:

The Hungarian Nobility was extremely diverse, both ethnically and culturally. All these territories gave nobles to Hungary and formed part de iure or de facto of the Hungarian Kingdom, being at some time under the jurisdiction of the apostolic kings of Hungary.

The Tribal origins of the original nobility of Hungary:

If we omit the Empire of the Huns, the starting point for the foundation of the Hungarian Estate was the Blood-Covenant of Etelkoz, a place close to the mouth of the Danube, between the rivers Pruth and Sereth. The Hungarians or Magyars are a Turanian Nation. The Magyars were kinsmen of Attila the Hun. When they conquered Pannonia and Dacia, Hunor and Magor, sons of a Scythian King, were respectively considered the fathers of both nations. The Magyars were divided into seven tribes. Another Turanian Tribe joined them in Russia (8th Tribe, the Cumanians). All the tribes were independent and only made protective and bellicose alliances. However, a closer union was decided, and the chiefs of the eight tribes entered into a stronger alliance, a solemn covenant in order to merge the tribes into one nation. The Chiefs of the tribes decided upon the following points:

This covenant took a solemn form. The Magyars, still pagan as this was the IX century, opened their veins, mixing up their blood with wine in a Holy Chalice, and drank up the mixture as a sign of the most holy and irrevocable covenant. When the Magyars conquered Pannonia, they sought a legal title for the conquest, and claimed all the country as the rightful inheritance of Attila.

This was the foundation of the Hungarian estate and the Foundation of the Hungarian Original or Immemorial Nobility. The original Nobility of Hungary was Pagan, being later Christianised in the year 1000, in the X century, under the reign of Stephen, sixth duke of the Magyars. The King was canonised and the Kingdom embraced the Roman Catholic Religion. The Nobility also converted to Catholicism and therefore the whole kingdom became a Western Christian Country.

Creation and Legal Process of Ennoblement of the Hungarian Nobility

In Hungary, one became legally a member of the nobility by one of these acts:

A new nobility of Hungary came into existence in the XII and XIII centuries. It was mainly formed by two groups: one, small, composed by the original nobility, descendants of the tribal chieftains, and a second one, the proper new nobility, comprised of high dignitaries and rich property owners, who came into existence and prominence, who played a very important role in the administration of the Kingdom.

The High Dignitaries were called “Princes and Barons of the Kingdom”. They had the capacity to lead tenants under their own Banners.

The wealthy landowning nobility were known as “Magnates” or “Proceres”, and were called “Nobiles Posessionati” or “Nobiles Bene Posessionati”.

However, there was no legal distinction between those groups of the Nobility, as Stephen Werboczi made clear. This new aristocracy rose to such an extent of prominence in the affairs of the realm that it became somehow dangerous to the royal family, the king and the lesser nobility of Hungary.

The “Bulla Aurea” issued by King Andrew II in 1222, who protected the lesser and untitled nobility from the magnates and even justified the right to armed resistance against the possible acts of rapacity from the big noble magnates.

The House of Hungarian Magnates: the highest nobility of Hungary

The most important institution of the upper nobility of Hungary was the House of Magnates.

As seen, the upper nobility of Hungary played a very important role in the politics and political system of their country, being able to enact legislation.

Organisational Chart of the Hungarian House of Magnates:

According to the VII ACT OF PARLIAMENT OF 1885:

The House of Magnates consists of those who have the right to sit and vote there:

By Dignity of Office:

The Catholic Ecclesiastical Dignitaries and Prelates:

By Royal Appointment: only for life or Ad Vitam

People of Merit from various professions: professors, writers, Engineers, High State Officials, etc. They could not be more than 30 or 50.

Composition, Size and Numbers of the Hungarian Nobility:

Joseph II, King of Hungary, ordered the creation of a complete census in May of 1784. According to this census, there were 200000 noblemen in Hungary, out of a total population of 4350000 people, making up nearly a 5% of the inhabitants of Hungary. About 155000 lived within the proper frontiers of Hungary itself. The other noblemen lived between Croatia, Slovenia and Transylvania. The lowest percentage of noblemen lived by the Eastern South area of Hungary, very close to the borderlands with the Ottoman Empire, while the highest proportion of members of the Hungarian nobility lived in the Northern Eastern part of the country, by both sides of the Tisza River.

Privileged Minorities similar to the Nobility of Hungary:

There were two peculiar nobility institutions in Hungary, with noble-like privileges: The Familiaris, The Hajdus, and the Szekely.

Lifestyle, riches and economic aspects of the Nobility of Hungary:

The richest member of the Hungarian Nobility was the Eszterhazy Princely family, who owned 1000000 acres of land and enjoyed a 700000 florins per year of rent. As Hungary remained an agricultural economy, landownership was the basis for the income of the upper nobility.

Nearly all the land of Hungary was owned either by the King, the Church or the Nobility. About 10000 noble families from the higher nobility and a third from the upper-lesser nobility owned all this land.

The nobility instituted the legal use of entails to protect their lands. The Palffy noble family created the first entail of Hungary in 1653. The Magnate Louis Batthyany left an inheritance of more than a million florins.

The nobility of Hungary built more than 200 new palaces, was educated overseas, spoke foreign languages, appointed managers to overlook their estates, lived in unparalleled luxury, and often formed marriage alliances with foreign noble families in the reign of the Austrian Empress Maria Theresa. As it was common in Europe, despite the apparent equality in rights of the nobility, there was an enormous difference between the lower and higher nobility.