The Jaw-Dropping Lifestyle of Prince Fazza of Dubai 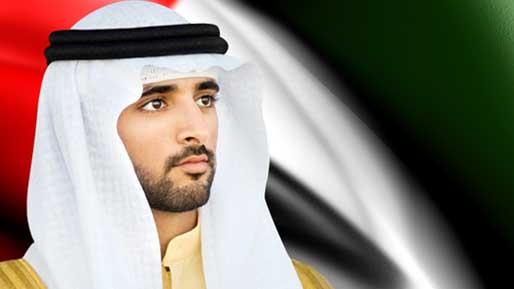 Sheikh Hamdan bin Mohammed bin Rashid Al Maktoum, Crown Prince of Dubai, United Arab Emirates, fortunately has a shorter moniker: ‘Fazza.’ Since 2008, he has been the next in line to the world-famous Emirati throne. This isn’t just a matter of aristocratic prestige: with personal fortunes of billions of dollars and immense influence and power in UAE society, the rulers of this Middle Eastern state have the means and responsibilities that we’d associate with royalty.

Naturally, we’d expect the Crown Prince to have a fairly busy schedule of royal obligations, such as leading national bids to win hosting rights for such sporting events as the football World Cup, to the usual ribbon-cutting ceremonies, and day-to-day running of the state. Educated not only at the London School of Economics but also at the prestigious British military academy Sandhurst, he is clearly qualified to command not only domestic UEA policy but foreign policy and national defence as well.

But, to be honest, that’s all pretty dull in comparison to what this guy gets up to in his spare time. His 5 million Instagram followers certainly aren’t watching him just on account of his stately obligations. Oh, no. What they’re in it for are his incredible snaps of the globe-trotting billionaire lifestyle that he leads, as well as those of his absolutely astonishing array of hobbies and sporting pursuits. ‘Fazza’ has to be the James Bond of modern-day royalty!

What royal billionaires do in their spare time

So what, exactly, does he get up to? Well, any random day in his life might consist of indulging his passion for deep-sea diving – with, of course, a ‘man’ usefully on hand to take and share snaps of the underwater adventures. When he doesn’t feel like diving in the oceans, he might well take to the skies – that’s right, the Crown Prince is pretty much a professional skydiver. His photos from the air are truly extraordinary. Of course, all that diving can get a little ‘samey’. That’s when he switches his wet- or sky-suits for a riding outfit and takes out one of his breathtakingly expensive horses for a run. Not satisfied with any old pastime, Sheikh Hamdan has obviously turned himself into one of the world’s finest equestrian competitors, scooping gold medals on several occasions at international events. (In fact, horse-riding probably ranks as his favourite sport.) He’s also a keen cyclist, hiker, mountain-climber, arctic adventurer, falconer, motorsport racer, and more besides. Does this guy ever sleep?!

Although he’s easily able to charter a private jet or a whole first-class cabin in an Emirates airline plane, Sheikh Hamdan is also fairly comfortable ‘slumming it’ and travelling incognito amongst the likes of you and I, wearing unassuming casual clothes. Who knows, you might end up sitting next to him on the London Underground one day, or cycling side-by-side as he explores an American city.

It’s understandable that we might be jealous of ‘Fazza’. After all, he didn’t have to do anything to earn his fabulous lifestyle other than, well, be born. But that doesn’t mean that we don’t have options available to us – at least inasmuch as we might obtain for ourselves the enviable title of ‘Prince’. By using the services of royaltitles.net, you can enjoy the opportunity of purchasing a noble title of your choice!