The Nobility of Sardinia 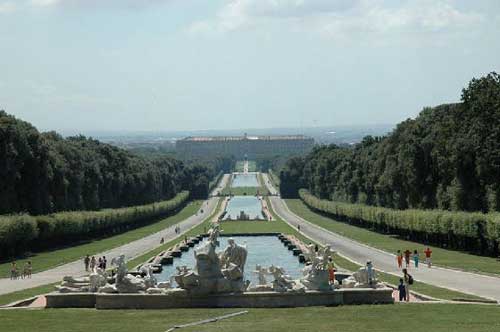 The general characteristics of the Sardinian Nobility:

The concept of nobility

The Nobility of Sardinia was a social class that had in its hands all the power and almost all the wealth of the kingdom, at least until the twentieth century, and thus exercised a decisive influence in the history, economy and politics of the island. The number of nobles and hereditary knights in Sardinia over the centuries has been considerable.

Therefore, before drawing up a historical profile of the nobility of Sardinia, it is necessary to attempt to clarify the meaning that this concept had during the various periods of Sardinian history, and identify the elements through which a person was considered to belong to this noble caste.

In order to attempt a definition is needed to concisely recall the concepts and ideas of nobility that developed in the Spanish, Italian and Byzantine cultural areas, very important in the creation of Sardinia.

In the Spanish world, the nobility was born in practice with the formation of the Christian kingdoms in the middle Ages. In Italy there was a not uniform concept or view of nobility. In the area of &ZeroWidthSpace;&ZeroWidthSpace;the Byzantine Empire there is concept of nobility that derives its condition from the exercise of the public office or the holding of positions at the imperial court.

In defining the concept of nobility in Sardinia, to which of these models does the nobility of Sardinia owe its existence? Is there any reference to one of them? Is there a specific definition of Sardinian nobility?

It is presumed that the Nobility of Sardinia was in fact very close to the Byzantine or high-medieval model of the Spanish type.

This nobility was founded on the bond of noble birth with descendants of man and woman that created a lineage; the distinctions of this class from the others, although not being legally and directly sanctioned, is clear and obvious.

Basically, in Sardinia, however, the concept of nobility remains as a condition that comes from birth and public consideration. We must also note that the awareness of being a hegemonic class has led the nobles to organize themselves socially and to act in accordance with their own interests.

The analysis of the social organization of the nobleman, however, sees a reality which, although not specific to the Sardinian noble world, is however a bit of a dominant motive for its own history.

The fact is that, while having broadly coincidental interests, the Sardinian nobility has never had a uniform composition or conformation: there has always been a differentiation between the diverse categories of nobles.

These distinctions among the Sardinian nobility, which over the centuries have always represented a diversity of spheres of action and interest, sometimes led to the emergence of the noble class in clear contrast with the overall evolution of Sardinian history.

It is possible to find in its composition and in the historical events of the Sardinian nobility an almost constant relationship between their economic condition and activities and their status.

It manifests itself in a variety of ways, both as a relationship between the existence of a certain heritage or income and the noble status, or as a relation between titles of nobility as social ornaments and tools capable of giving preference regardless of the economic situation, such as a noble title conferred by the sovereign and the exercise for several generations of certain public or military functions.

Therefore it is easy to understand how, in attempting to start a history of the nobility of Sardinia, one cannot ignore the mismatch of the factors that have contributed to determining its internal structure.

In each of the reference frameworks referred to it is possible to grasp particular aspects both in the way of understanding the concept of nobility and in the consciousness that the nobles had of themselves. It can also be stated that the dynamism of the phenomenon must be problematically taken outside of definitions anchored to generalizations and schemas.

The style of the nobleman in the period from the arrival of the Aragonese to the beginning of the fifteenth century and more complex.

In all the territories not directly subject to the king of Aragon, the Sardinian nobles were not able to change their condition and their positions.

The first convocation of the first parliament in 1355, to which the feudal lords are invited, and to be seen as the act of birth of the new Sardinian-Catalan-Aragon nobility.

The three types of the Sardinian Nobility

In this century three noble categories can be identified: “Letter Patents Nobility”, Knightly Nobility, and the Nobility of the Feudal Lords.

Letter Patents of Nobility are given to a limited number of families especially in the first half of the fifteenth century.

Examining the content of these Letters Patent, which provided a fair amount of privileges, allows us to make some considerations.

This type of Letters Patent Nobility or Diploma, which was used mainly by Alfonso V, is given to members of families of great economic prestige or of great tradition, which are somewhat loyal to the king. With the award of these patents of nobility, many members of the families of the ancient noble court, considered noble in fact or appearance, get the legal recognition of their noble status.

The category of Hereditary Knights, in the XIV century, had very limited privileges; it was mainly for administrators, military and office holders.

The Feudal Nobility of Sardinia:

We can identify three different types of feudal nobility:

a. Feudal descendants from the first conquerors, in a rather limited number.

They have lost the characteristics of military administrators of the conquered territories and have become a true feudal aristocracy, attempting to expand their privileges and replace the royal authority in the government of the island. Over the course of the century, many of these families had financial crises and lost part of their prestige and sometimes their fiefdoms in favour of a newly incorporated feudality, which came from the emerging commercial class of cities and some big royal officials.

b. The descendants of the families of the generations of the local nobility, who had fiefs thanks to the great wealth and their political and military commitment. They gave birth to a new feudal aristocracy, perfectly integrated with that of Catalan origin, and assumed an important social meaning and political aspirations.

c. The noble feudalists, comprised mainly by the merchant class from Cagliari and Alghero, who used the fiefs as investments, but progressively went on to assume the characteristics of the other feudal lords and obtain the social appearance of the old Sardinian nobility.

With the twentieth century begins a period with quite uniform characteristics, which will be preserved until the fall of Spanish rule and that, in certain respects, will imprint the Sardinian nobility with some signs that will keep forever.

The three categories which constituted the hierarchy of the Sardinian nobility:

The feudal nobility, which were the owners of the most prominent fiefs of the island.

This Sardinian feudal nobility, united in defence of its privileges and in attempting to establish a special relationship with the sovereigns over other social classes, became an aristocracy particularly conscious and jealous of its prerogatives and sought to assume a position of supremacy in comparison to the other nobles and the urban bourgeoisie.

The evolution of the feudal class and the loss of power of the urban bourgeoisie were also the obvious sign of the invasion of the economic structure of Sardinian society at that time.

The consolidation of the feudal system marks the end of the mercantile economy and contributed to explaining the reasons for the advent and fortune of the Genoese community in Sardinia.

The feudal class of Sardinia, however, in the course of the seventeenth century, expressed a very interesting tendency to reach political autonomy.

The non-feudal nobles, who usually had the recognition as Hereditary Knights, were a category that enjoyed a lower social and political prestige. The Hereditary knights ultimately represented the most modest noble category but not less capable of exercising their own influence.

The Savoy Dynasty and the Nobility of Sardinia:

With the advent of the Savoy Royal Family and Dynasty, the characteristics of the nobility of Sardinia changed; the nobles lost the prerogative to reunite in parliament, in fact, the military nobility was never again summoned by the new dynasty.

In fact, the Savoy dynasty sought with all the means to attract the consent of the nobles to consolidate their government on the island.

The Savoy dynasty often expanded the titles of the existing feudal noblemen and sought to create other feudal families of non-Spanish origin.

This attitude towards Sardinian feudal families did not change practically until the nineteenth century, when the program for the abolition of the feudal system was implemented, but in this case the feudalists were also given a favourable treatment.

In the nineteenth century, especially after the abolition of feudalism in Sardinia, the condition of the Sardinian nobility changed; In fact, the noble feudal lords had lost their prerogatives but had maintained the social position that allowed them, at least until the beginning of the 20th century, to continue to play a major role in Sardinian society. The non-feudal nobles and the hereditary knights ended up being increasingly assimilated to the bourgeoisie, even though the antiquity of their names or privileges continued to favour them.

The territorial distribution of the nobility of Sardinia by cities and towns:

Equally complex, there is the problem of identifying the distribution of the noble class in relation to the territory. In fact, the territorial history of the Sardinian nobility can be addressed only if we take into account the fact that the different cities, the individual fiefdoms, the specific districts have often had special attributes.

Cagliari: it is possible to follow the history of the noble families of Cagliari from the XIV century. There are about two hundred and thirty families originally from Catalonia, Aragon, Liguria, Valencia, the Balearic Islands, Tuscany, Provence, Southern Italy and Sicily, Lombardy, Piedmont and also of local origin.

Sassari: the nobility of Sassari was very different from the Cagliari nobility. In fact it has a lesser mobility and an antiquity far greater than that of Cagliari and its origins are predominantly local; another character of the nobles from Sassari is that of the longer life of their families over time.

If the history of noble families can only begin with the beginning of the 14th century, and some of them clearly derive from the nobles of the judicial period, in Sassari we get noble families from the XII century.

Eighty are of local origin, while many others are the noble families of Spanish and Genoese origin.

Oristano: Even the nobility of Oristano has its own characteristics, linked to the historical events of this city. It is about thirty-one households, of which twenty-five are native to the Oristano.

Alghero: Alghero’s noble history begins after 1354, when the city was populated by Catalans and Valencians following the expedition of Peter IV. These are sixty-six noble families, mainly from Liguria, Catalonia, or other parts of Spain.

Iglesias: Iglesias, while being a remarkable town, had a small number of noble families throughout its history.

These are groups of well-defined families: local, and of course of Spanish, Ligurian and Tuscan origin.

Bosa: The nobility of Bosa is made up of a fair number of families of local origin, to a lesser extent of Ligurian origin